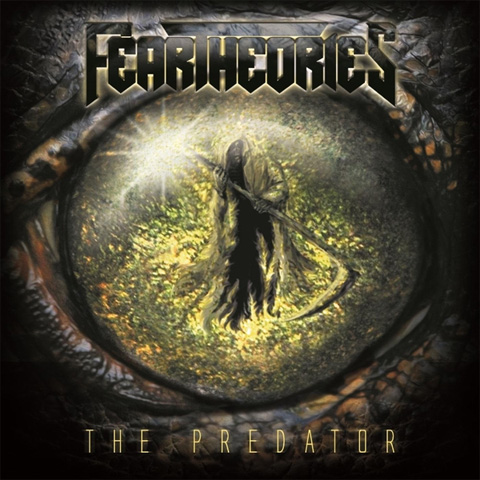 Fear Theories is a Norwegian metal band hailing from Haugesund. In early 2013 the band won the Karmoygeddon Kick Off band contest which lead to the recording of the So It Begins EP released just in time for the band to appear at the Karmoygeddon Metal Festival in May, sharing the bill with Sabaton, Overkill, Eluveitie and Paradise Lost among others. The band then got signed to the Norwegian record label Crime Records and started to write and record their debut album The Predator that was released in March of 2016. Fear Theories performs traditional heavy metal that share more then a few nods towards Saxon, Judas Priest and Iron Maiden. But what is moe noteworthy is the more aggressive edge to the songs. From the opening riff to My Own Worst Enemy, a bold and brash, foot on the pedal style metal song, you just know this is gonna be a head banger of an album with its clean vocals and a catchy rhythm. Galloping rhythms and blazing guitars Heroes Of Today is classic sounding traditional heavy metal, good pace and great solos too. The Predator come to life with blistering guitars and an awesome heaviness. Mid tempo chugging rhythms The Predator maintains the really heavy nature of the album yet also the melodic side which makes it appealing and infectious. Throughout the album the music has always maintained a very heavy vibe alongside a melodic approach with a deep male vocal performance. Overall, very heavy, heavy metal, yet melodic and infectious bucking the trend that metal from Norway is all corpse paint, forests and Vikings. After the release of this album guitarist Ole Sonstabo joined Einherjer.