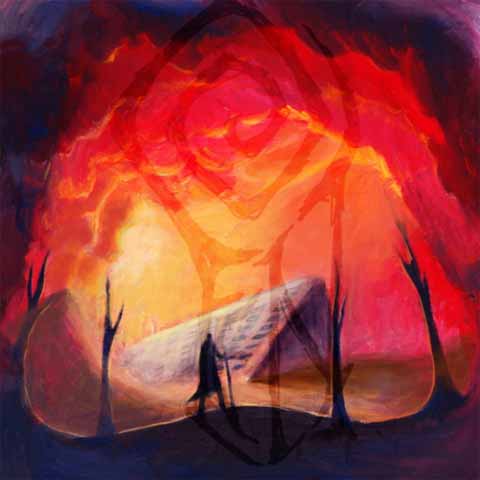 Fen from London released their album Epoch in 2011 and it was a brilliant fusion of atmospheric black metal and post-rock popularized by some North American bands (namely Wolves in the Throne Room and Agalloch), Fen put their own twist on the tried-and-true formula, evoking an atmosphere like few others before them. Then came Dustwalker in 2013 and I must say that its a rich, darkly beautiful exploration of the feelings between hope and despair. Fen’s black metal aspect has become grittier with this earthy atmosphere and production. Even so, Fen’s style seems more rooted in post-rock aesthetic than ever. Although the distorted guitar tones have been kept true to organic form, there’s nothing about the sound that grinds against the ears; it’s a rare case where I would call a black metal album beautiful from the classical aesthetic. Much like Fen’s past work however, Dustwalker enjoys a fair deal of cinematic complexity birthed by an influence in progressive rock. Most of these tracks linger around the ten minute mark, and there are ideas enough to keep each of them vibrant and engaging throughout. Although it has higher highs than Epoch, Dustwalker is not quite as consistent as its predecessor. Regardless, Fen have successfully innovated their sound just enough to make this album take on a life of its own.