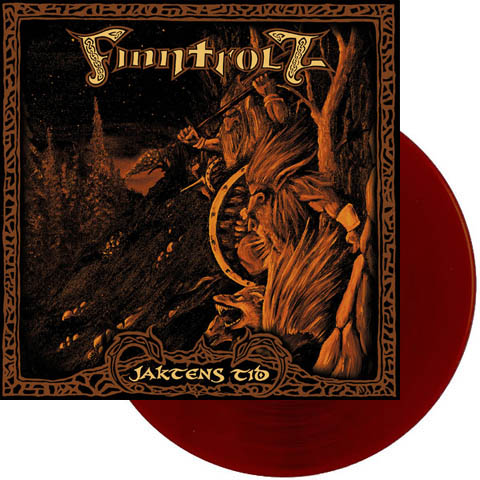 Following up their debut, Midnattens Widunder, the Finnish Finntroll unleash yet another fun folk/polka/black metal release. As with their debut, this isn’t just another black/folk act that takes themselves way too seriously. Just the opposite…these guys are just having a good time and playing a few different styles of music they enjoy, in doing so, they have actually separated themselves from the endless sea of black metal and black/folk acts, creating something that is actually worth listening to. A rare feat for modern black metal hybrid bands. Sharing the same line-up as before (including Somnium aka Teemu Raimoranta of Impaled Nazarene fame), Finntroll seems to have gelled together nicely as the songs have a more fluid and established feel compared to their original release. They still follow the same idea’s, but have come a long way in such a short time. Unfortunately for us English-only speaking types, all of these lyrics are in Swedish. Not a big deal, though, as the music itself says it all. A little on the cheesy side for some (or many, it seems), but highly innovative drunken troll music. Fans of melodic folky black metal looking for something new, put down that Vintersorg album and check this out.