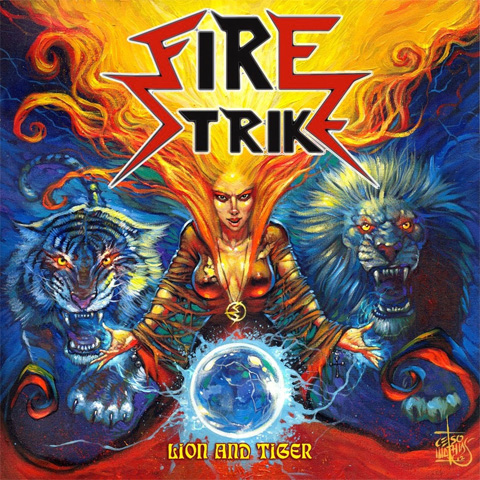 The Brazilian band Fire Strike was formed, in 2004, with the purpose of playing the purest traditional metal, with roots in the style icons in the 80s. In 2005 record the first demo and several line-up changes delayed all plans to get their debut album out. It was when they found the singer Aline Nunes in 2010 that things finally felt stable. Lion And Tiger was recorded and produced by the band independently and the album features numerous virtuosic guitar solos and some dueling Iron Maiden-esque guitar leads. All of the songs have plenty of energy, and Fire Strike sounds like a band that wants to play traditional heavy metal with a female vocalist.