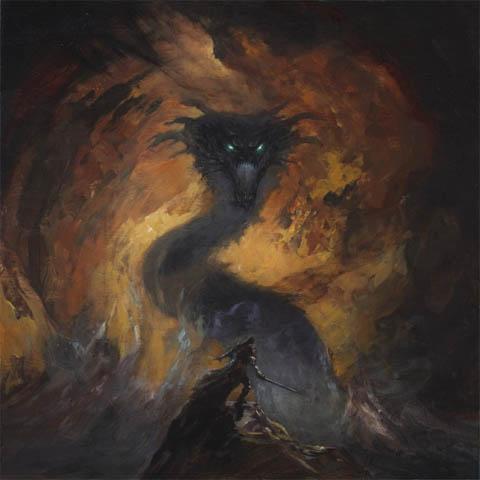 During their decade together, Sweden’s Galvano grew increasingly progressive in their delivery of semi-sludged metal but the duo, led by guitarist/vocalist Mattias Nööjd, would come to an end sometime after touring with Snailking and Zaum in Autumn 2015. Nööjd resurfaces in Firebreather alongside bassist Kyle Pitcher and drummer Tommy Hanning, and in terms of relating to his past songwriting, it would seem he’s made clear efforts to get back to basics: pummel, tone, and push. Firebreather‘s self-titled debut runs a bone-crunching but totally manageable 33 minutes. Pitcher‘s bass leading a charge that, particularly when Hanning‘s steady snare joins and Nööjd adds his guttural vocals to start the first verse, feels almost singularly derived from High On Fire. But not just any High On Fire, and not just any derivation. Early High On Fire. High On Fire at their most marauding, when the notion of taking filthy sludge tones and making them do things that only Celtic Frost and Slayer might otherwise dare was a novelty. Firebreather’s debut presents a clear stylistic vision and it sets forth with bludgeonry in mind and benefits from the knowledge of how to make it happen. Doom sludge fans should take notice.