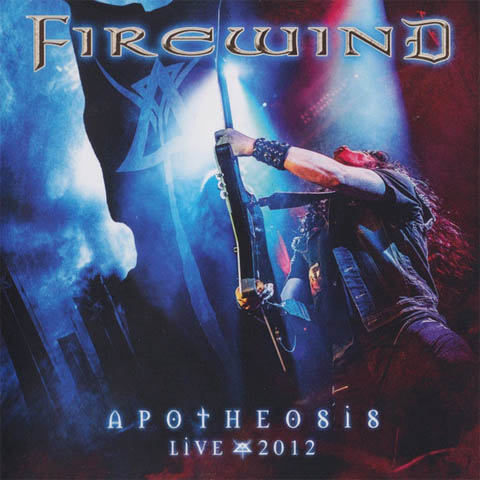 Apotheosis = the glorification of a subject to a divine level. Greek melodic metallers Firewind, featuring guitar-wizard and Ozzy Osbournes band member Gus G. has released a live album. Apotheosis – Live 2012 contain 17 songs recorded at exclusive anniversary shows in Greece as well as all over Europe during the band’s Few Against Many Tour in 2012. With a playing time of 69 minutes, the album doesn’t just showcase an extremely tight and energetic live-set, but it also offers a great overview of the diverse and entertaining catalogue of Firewinds career, which spans over 7 studio albums so far. This powerful live-album also marks the bands final release with longterm singer Apollo Papathanasio, who decided to step down from his position by the end of 2012.