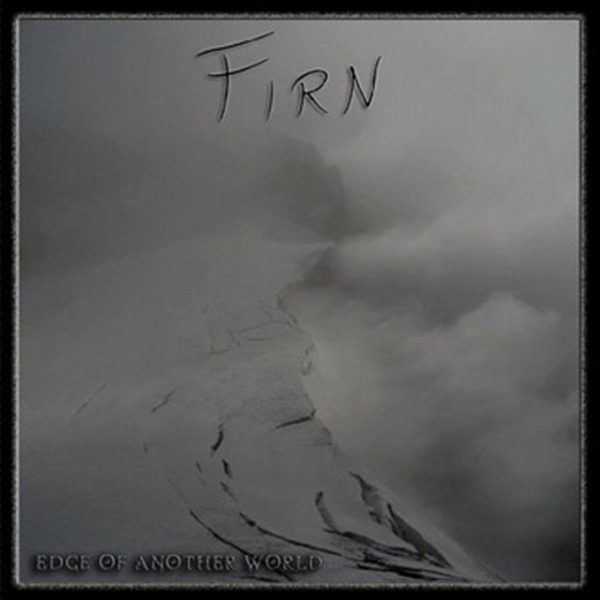 Firn -Edge Of Another World lp

Firn from Hungary is a one man project created by Attila in the town of Buda back in 2002. Firn debuted in 2005 with a 15 minute cd-R disc that never got distributed. Then in 2012 and 2013 Attila released three demo cd-R discs that were made in just 30 to 40 copies/each. So overall a history that contents 4 cd-R demos during 10 years and all of them so limited and obscure has of course done that most fans of this genre have missed out on this band and that’s a shame. Now Attila have decided to release a full length album vinyl limited to just 300 copies featuring material recorded between 2005 and 2013. This was one of those albums that struck my interest with just the cover artwork. The pictures of desolated mountains and cold glaciers immediately show you the power and beauty of Mother Nature and the smallness of mankind. Overall it creates a quiet sombre and lonely tone. The album starts with an exclusive new track called Glacier Blue Death that runs for more than 8 minutes. The track really goes hand in hand with the cover artwork. The keyboard melodies are extremely beautiful and the harsh vocal creates lots of atmosphere. This really is atmospheric black metal that really reaches its goal to create feelings. Beware if youre down and depressed then you probably find loneliness and despair when listening to this one, however if youre having a great day then you will find beauty and power within these tracks. The opening track is one of my favourites on the album but overall Attila shows that he is talent enough to actually make something out of his ideas. There are two shorter Mood interludes with organ and some clean vocals on the last track, Hypothermia (another favourite of mine). The two opening tracks on this album hasn’t been published before but the remaining tracks have previously been available on his 2013 demos Glorious Past (In A Forest and Hypothermia) or Harsh Regression (Escape To Lethary and the two Mood tracks) but since those were so hard to come by I guess most of you who buy this one will encounter and experience Firn for the first time.