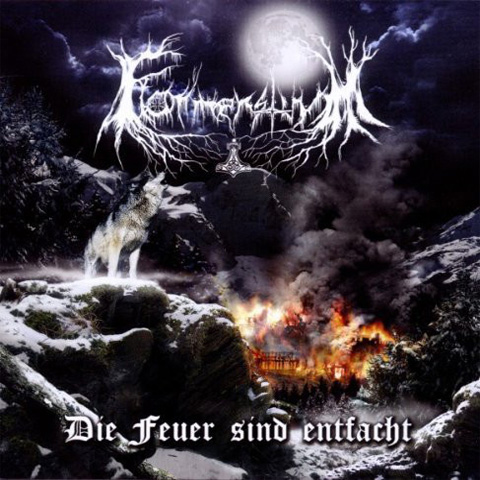 Austrias Flammersturm are supposed to walk the pagan, folk, epic path of the black side of metal but what you really get out of their debut album is heavy metal with some extreme vocals laying over it. The vocalist really scream his lungs out in his German accent (the lyrics are in their native language) this isnt a bad thing but the band really arent in the same league as their singer. The album starts with a hateful monologue, accompanied by campfires, ravening croaks and wolfish howls in the background, Flammensturm are showing the direction they are heading for: the history of their country with a healthy dose of patriotism. As I said singer Wulf Degan shows the full range of his skills here. Be it the dominant black metallic nagging, heroic clear vocals or dark spoken words, the vocalist really is the most positive thing here. So if youre into patriotic pagan black metal with frosty riffs then check this out even though the drum sound need to be worked on for future albums.