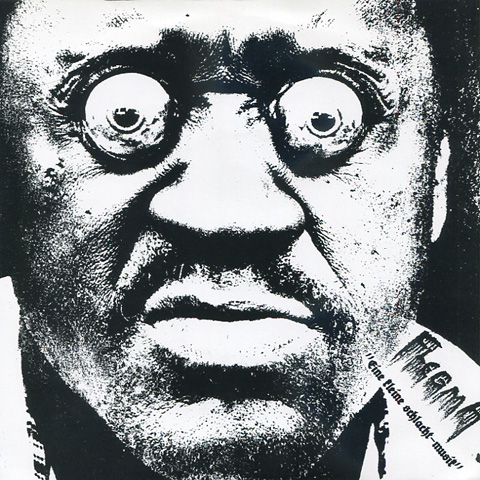 Flegma formed in Malmo, Sweden in 1987, released two albums that displayed a rough mixture of thrash and Motorhead-styled griminess influenced by both thrash, hardcore and punk. Before the two albums they released this vinyl single and here you find the early roots of the band as they started out as punk/hardcore act. I love the aggression and rawness on this single ofcourse sounding more punk then metal. What a journey this band did going from punk to thrash to ending up flirting with goth before the band called it a day and Richard Lion went on and formed Tenebre.