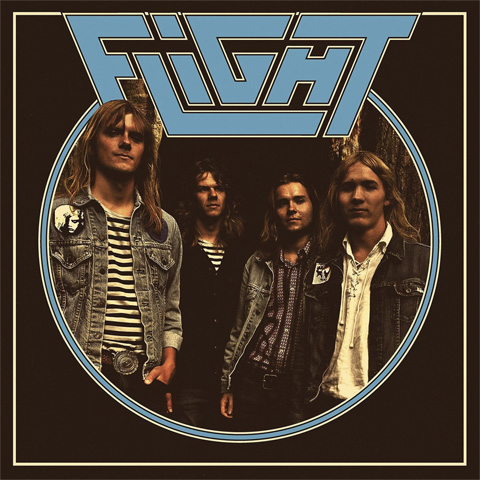 Stealing a classic riff is easy enough, but commanding the ineffable spirit of an era is something far trickier, and this is exactly what Norway’s Flight have managed with their 2015 platter. Above the time-honoured move of kicking off an eponymous debut album with an identically eponymous song, this youthful four-piece show themselves so adept at summoning the aura of the late New Wave Of British Heavy Metal in all its blue-collar, earthy glory that one could imagine this album sharing record rack space with ‘Number Of The Beast’, ‘Diver Down’ and ‘Screaming For Vengeance’. Heavy metal was always the kind of music we would listen to the most at parties, as opposed to the harder stuff we usually played in our former bands. It was pretty much our preferred genre of hard rock and for some reason we didn’t play it ourselves. So, we had to do something about that, the band note. Both Chris and Jonas are huge Judas Priest fans, and Herman is really into Iron Maiden, so it came natural to end up with a late ‘70s/early ‘80s sound rooted in British rock. In regard of sound we wanted something in the vein of Priest on ‘Sin After Sin’ – just the overall feel to it. Boasting more than a love for the gritty riffing, earnest melodic vocals and twin harmony leads of the late-’70s and early-’80s, and beyond the fantasy landscapes and dangerous women of the lyrics, ‘Flight’ is possessed of chutzpah, bravura and unpretentious zest that taps into something more enduring and primal. These songs are heavy metal as communion with a simpler time in the past, yet also proof positive that heavy rock as life-affirming escapism is as potent in the early years of the 21st Century as ever it was, and seems inexorably bound to remain just so.