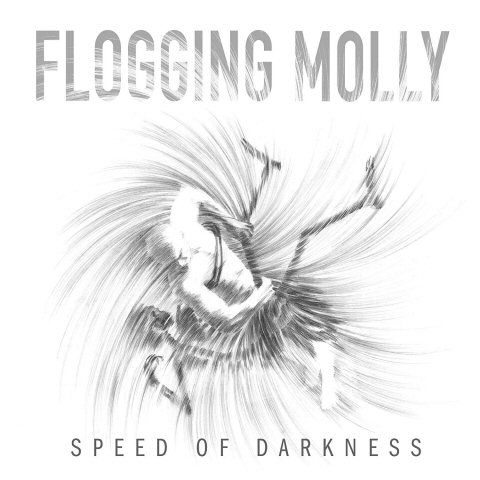 2011 album from celebrated Celtic punk ensemble Flogging Molly. Speed Of Darkness is their fifth, and arguably most important album. In the words of lead singer and songwriter Dave King, ‘It wasn’t the album we set out to write. It became the album we had to write’. Speed Of Darkness was written in Detroit, MI and takes a hardnosed look at the economic collapse in the US: the causes and the direct effect it has had on everyday people. The Motor City serves as the album’s muse and one of the biggest examples of what has gone wrong. While attacking much of the greed and ignorance responsible for where we are, the album also delivers a message of hope, humanity and the resilience of mankind. Speed of Darkness features Flogging Molly’s own blend of Rock, Folk, Punk, Blues and traditional Irish music with King’s populist poetry.