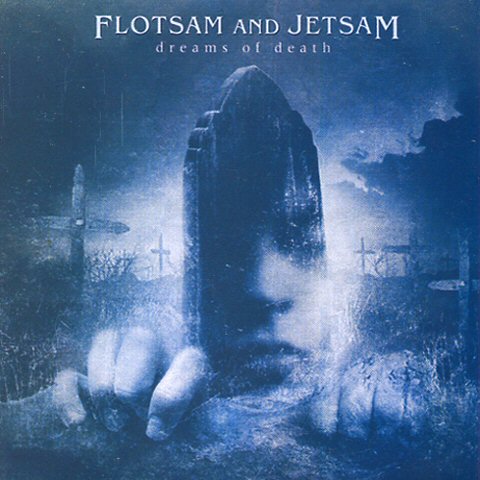 Founded in 1981 Flotsam And Jetsam was to rise above the thrash melee with a strong debut album ‘Doomsday For The Deceiver’. In spite of this strong start, unfortunately the band are known in many media circles more for being the source of Metallica’s Jason Newsted and despite major label back up have struggled to rid themselves of that stigma. Nevertheless, the band would stick to their guns releasing a string of commendable metal albums and put in punishing tour schedules that never betrayed a sniff of compromise. After the excellent album ‘My God’ the band was strucked by more turbulent times. This time it was bad. In Augusti of 1991 it was reported that Eric A.K.. The band’s vocalist for more than twenty years, had departed. However after just one solo album Eric returned to his mates that signed a deal with Crash music in 2004. The band, utilising Tom Giatron and Mark Simpson as their production team, spent the early part of 2006 at Genesis Studios in Phoenix, Arizona recording a new record ‘Dreams Of Death’. After almost 25 years in the business they still continues to amaze. Trends come and go but Flotsam still release great albums that have the thrash sound of yesteryear that so many band loose. There are not a lot of bands around these days that have lasted this long and have managed to evolve while staying true to the metal formula of heavy riffing, fast paced double bass drumming and daring vocals. Even the greater names in Metal can’t seem to evolve and stay true to this. Either they keep repeating themselves or they get whimpy. ‘Dreams of Death’ is a concept album about a man who realizes he’s a killer and then separates dreams from reality and drowns in sorrow. Eric sings great as usual and the lyrics are very smart. People have said that this band should have resigned after their second album and make place of fame to some promising up-and-comers. Some say it like Buddha ‘Like every living thing, in the end it sickens and dies’. Flotsam says ‘It’s Metal so fuck off, Buddha!’