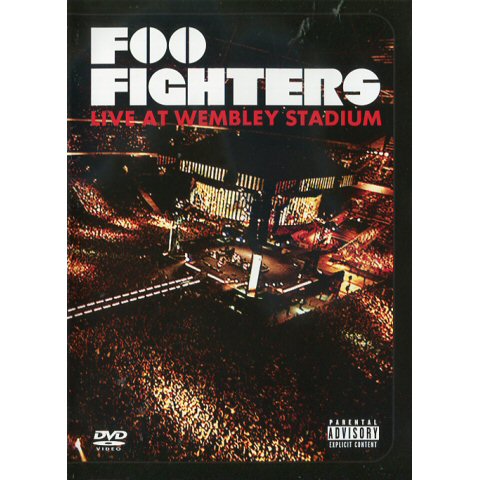 Foo Fighters have now immortalized for posterity their biggest ever headline stand with this 18-song dvd documenting their two sold out Wembley Stadium shows. The Wembley concerts, which took place Friday and Saturday June 6 and 7 of 2008, sold out within 24 hours, making them the biggest headline performances of the band’s illustrious career-as well as the biggest Rock shows staged at the new Wembley to date. Live at Wembley Stadium is a career-spanning live opus, drawing on all six of Foo Fighters studio albums, featuring classics “Times Like These,” “Everlong,” “Monkey Wrench,” “All My Life” and “Learn to Fly” as well as new live staples including “Long Road to Ruin.” the dvd also includes night two’s historic encore, for which Jimmy Page and John Paul Jones of Led Zeppelin joined Grohl and Hawkins for renditions of “Rock and Roll” (with Hawkins on vocals and Grohl on drums) and “Ramble On” (with Grohl on vocals and Hawkins on drums). It concludes with a triumphant and highly emotional “Best of You” with a closing chorus of 85,000 fans leaving Grohl visibly moved.