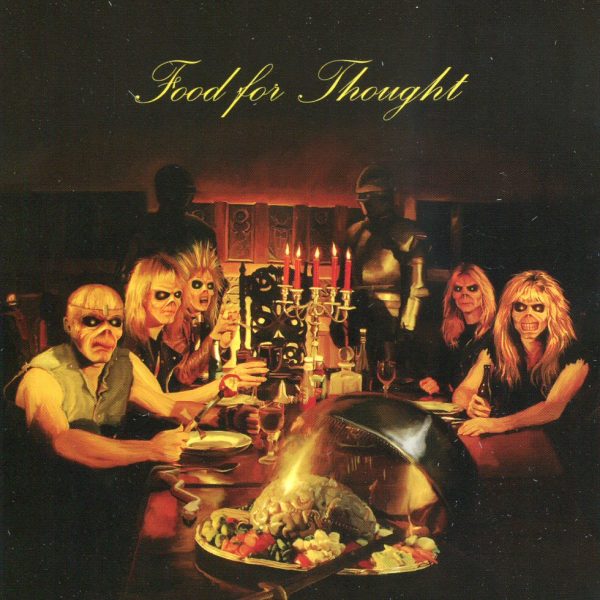 This Iron Maiden tribute album is probably the most original and certainly the most inventive of all such albums that have been released to date. Two mad Swedish musical geniuses namely Henrik Johansson and Mattias Reinholdsson have gathered a few other talented musicians for this extraordinary record and every Maiden fans open-minded enough to appreciate different styles of music should definitely have it in his/her collection. Food for thought brings you the music of Iron Maiden but from a slightly different perspective. What was originally a spur of the moment reinvention of a handful of Iron Maiden songs rapidly escalated into a 2½ year long recording project. Some ideas have been around for quite some time. Others just popped up moments before the recording. With L-G Petrov from Entombed on vocals on The Trooper

It’s practically a bunch of different bands
It’s definitely an album
It’s positively a lot of directions
And emphatically it’s the best album they never recorded.
But intrinsically it is still Iron Maiden

“how a cover can be original I don’t know, but this is fucking original!”
cyanopsis, Official Iron Maiden Forum