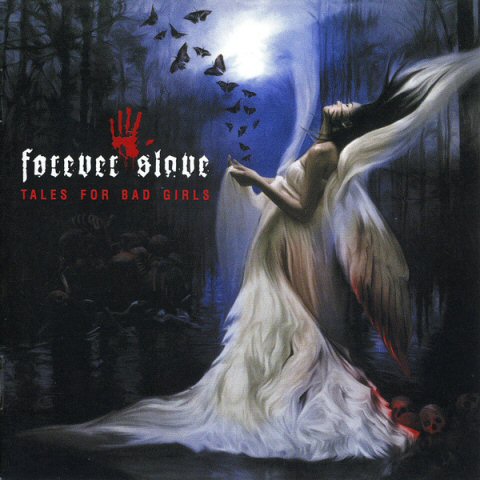 Having a female lead singer with an angelic vocal style is not mandatory for gothic metal bands. There is no law stating that a gothic metal outfit cannot have an all-male lineup. But angelic-sounding female singers are certainly plentiful in gothic metal, and Forever Slave’s lead singer/co-founder Lady Angellyca favors a sweetly angelic vocal style that is exactly what many people expect a gothic metal singer to sound like. Comparisons to Lacuna Coil, Nightwish, the Gathering and Octavia Sperati (other European gothic metal bands with female lead singers) are applicable on Tales for Bad Girls, which isn’t groundbreaking but deserves credit for being well-crafted and enjoyable. This type of approach calls for a healthy balance of the aggressive and the ethereal, and Forever Slave achieves that. Despite the stylistic similarity to the abovementioned bands, one thing that Forever Slave doesn’t have in common with them is the fact that Forever Slave is based in Spain (coastal Valencia, to be exact). While Italy, Holland, and the Scandinavian countries have all had their share of gothic metal activity, Spain isn’t considered one of Europe’s gothic metal hotbeds — at least as of late 2008 — and unlike all the rock en español bands in Spain, Forever Slave opts to write and perform mostly in English. Tales for Bad Girls contains one song in French (“Larmes et Roses”), but English is the 2007 recording’s dominant language, which makes sense from a marketing standpoint because English is gothic metal’s dominant language (although the romance languages can work well with goth melodies, as “Larmes et Roses” demonstrates). Again, Tales for Bad Girls isn’t groundbreaking, but it’s a respectable effort that is worth exploring if one has a taste for bands like Lacuna Coil, the Gathering and Octavia Sperati.