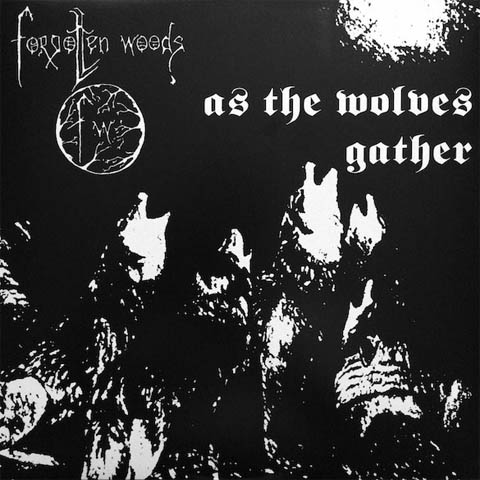 Forgotten was originally formed as Mordor in Norway in 1991 by Olav Berland (guitar, drums), Thomas Torkelsen (vocals) and Rune Vedaa (bass), but a few months later the name was changed to Forgotten Woods. In 1993 they released two demos, “Through the Woods” and “Forgotten Woods”. “As the Wolves Gather”, their debut album, was released in 1994 by No Colours Records. The band has been called the most blatant Burzum clone ever and their debut album contains very depressive black metal, quite comparable to old Burzum. Because of the highly original and great basslines this album sounds quite catchy, even though this was not intended presumably. The vocals are also similar to Vargs style of singing with some icy shrieks and echos which enhances a great atmosphere to the album. Music-wise there is a lot of variation in pace which makes this album interesting and you can listen to it over and over again without getting bored. A debut album worth checking out especially for fans of Burzum and Ildjarn.

Track list:
1. Eclipsed
2. As The Wolves Gather
3. In My Darkest Visions
4. Winter
5. Grip Of Frost
6. Dimension Of The Blackest Dark
7. Svartedauden
8. Through Dark And Forgotten Valleys