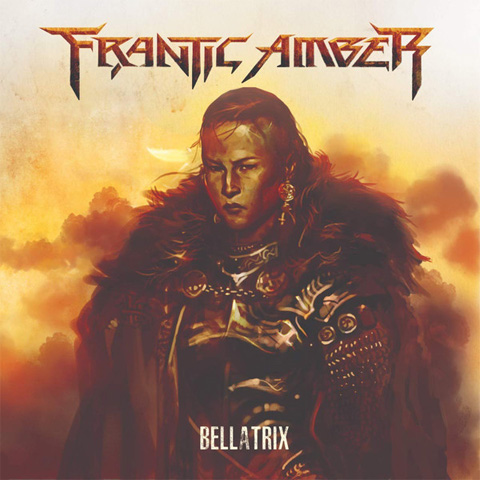 With a concept about female warriors, Frantic Amber returns with their second effort, which follows up their 2015 debut Burning Insight. The term frantic is rather applicable, as the band takes up the melodic death torch from the older days where heaviness and snarling vocals reigned instead of a catchy chorus. Energy is in a surplus as you listen to Bellatrix, and that is its finest quality. The songs do nothing if they don’t shred and blast through the speakers, as Crimson Seas gives ample evidence to as the thrashy riffs and blastbeats, coupled with vocalist Elizabeth Andrews snarls and roars, all but knock you backwards with sonic fury. While some may want to peg the band in more Arch Enemy-type spaces due to the female growler and stellar guitarwork, Frantic Amber prove themselves to be a far heavier beast – something that should give them more appeal to the traditional death metal fanbase as well. Capturing unbridled brutality and pairing it with a strong sense of melody is an often overlooked component within extreme music. Frantic Amber have a great ear for blending the two together, without any sort of compromise to either. Because of this, Bellatrix ends up being a visceral piece of death metal, but one that never lacks for a melodic hook to keep you entertained.