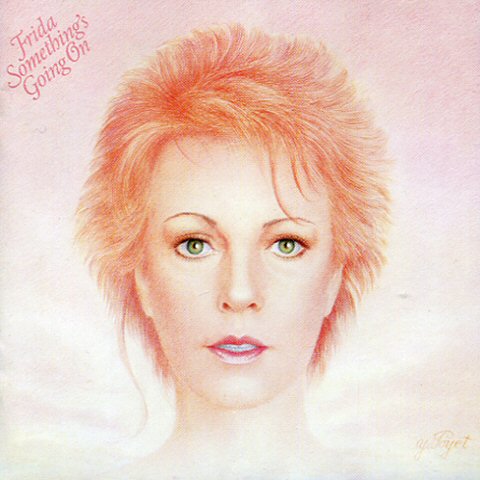 Frida ‎–Somethings Going On cd [us]

Fans of ABBA’s sugary-sweet pop songs will no doubt be surprised by Something’s Going On, the remarkably hard-edged 1982 solo album by ABBA vocalist Anni-Frida Lyngstad, better known simply as Frida. Produced by Phil Collins, Something’s Going On includes a wide range of material, including songs written by Bryan Ferry (“The Way You Do”), Stephen Bishop (“Tell Me It’s Over”), and Gerry Rafferty (“I See Red”), and even includes a Dorothy Parker poem set to music (“Thernody”). Something’s Going On boasts impressive guitar work by Daryl Stuermer, who has toured with Genesis as well as appeared on several Collins solo albums. Collins’ drum work is also outstanding, particularly on the hard-hitting hit single “I Know There’s Something Going On.” Frida herself shows an unexpected emotional range given ABBA’s two-dimensional pop gloss. Sure, she still chirps and tweets like a bird, but the diversity of the material and the freedom of recording solo obviously allows her to enter different musical territory. Frida escapes the creative limitations of being a member of one of the world’s most popular groups on this solid and often riveting album.