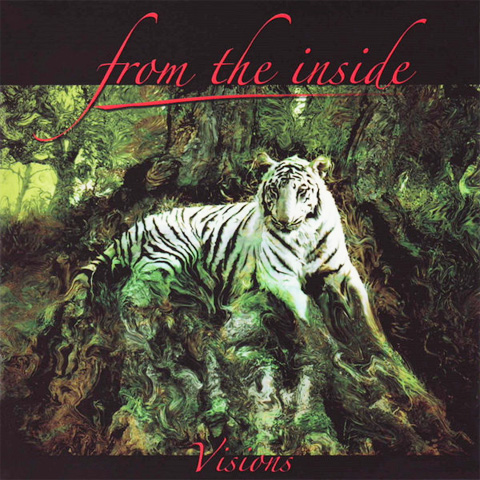 From The Inside –Visions cd

Prior to Tyketto’s phenomenal album Reach, released in 2016, this beauty of a record held my number two spot for all-time favorite Danny Vaughn album, though all of my top three (Don’t Come Easy, Reach and this one) come into those positions by only the smallest of margins as all three are simply superb through and through. From The Inside’s self-titled debut from 2004 saw the band delivering some excellent songs, a lot of which were covers. The debut is a terrific record, but they outdid themselves when they returned four years later with their crowning achievement in Visions, a melodic rock lover’s dream come true kind of record. A supergroup of sorts, this second album saw only Vaughn and bassist Fabrizio Grossi (Los Angeles) returning from the debut. This time around the two men pulled in the incredible Jimi Bell (House Of Lords) on guitar, the seriously talented Eric Ragno (Michael Bormann, Dante Fox) on keyboards and Peter Lobo on drums to fill out the rest of the group and, suffice it to say, these men are all superb musicians, as is clearly evident on just one listen of the record. Visions is a near perfect piece of melodic rock with tremendous vocals, as is always the case when Danny Vaughn is involved, some excellent guitar solos from Bell, plenty of keyboards from Ragno and some great work from Grossi and Lobo on bass and drums, all of which harken back to the days when melodic rock actually ruled the radio waves. If you are a fan of Danny Vaughn, Jimi Bell, Erik Ragno or keys heavy melodic rock then this is a record for you. An outstanding release from a group of incredible musicians that belongs in every genre lover’s collection.