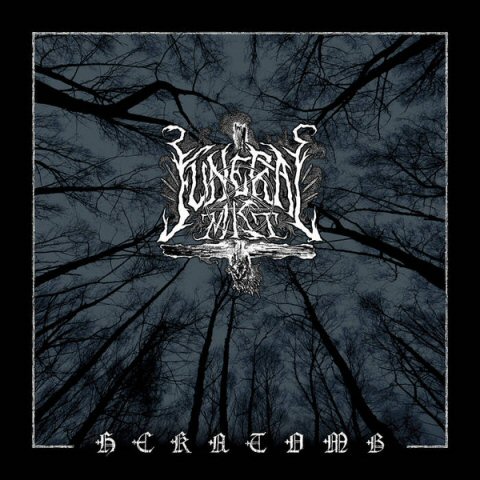 Nine long years and infamous black metal act Funeral Mist return with eight uncompromising tracks of satanic brutality. 2003’s hellfire hit Maranatha was the last time we heard from Funeral Mist with sole member Arioch (Daniel Rostén) deeply involved with main project Marduk under his Mortuus moniker. Hekatomb has come much like Marduk’s Viktoria did – with little warning attached. Hekatomb follows closely in Maranatha‘s diabolically destructive path only with an evidently higher production value and some interesting twists coiling about its unfettered serpentine riffage. Purists of the excellent debut Salvation will also be able to crack a corpse-painted smirk in knowing Hekatomb is still very much Funeral Mist through and through. It’s still about as Christless and goddamn evil as albums get. Funeral Mist play balls-out-don’t-fuck-around black metal with a dense body of percussion and lightning fast guitar work, ravaging and unrestrained, atonal in their randomness, unrelenting in their fury. Mortuus/Airoch vocal work is more terrifying than ever, convulsing from brutal throaty rasps to uninhibited screaming abandon. Hekatomb is no strings darkness. It’s pure satanic black metal played with bleeding fingers and utter virulence and that’s exactly how it should be played. This album is vicious and wicked and will probably be the black metal album of the year