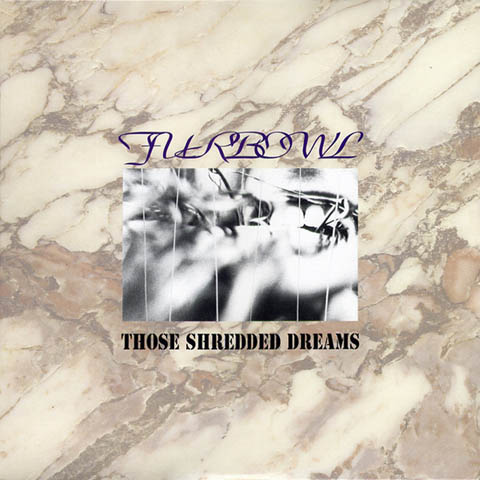 Furbowl was formed in 1991 when Johan Liiva left Carnage and hooked up with his old friend Max Thornell on drums (both would form Hearse in the 90’s). After a few demos, Furbowl recorded their debut album ‘Those Shredded Dreams’ in 1991. The album was produced by Carnage / Carcass guitar player (and long time friend of the band) Michael Amott (Arch Enemy) who also played some leads on the album. Not surprisingly Michael asked Johan to join Arch Enemy some years later. This legendary debut album have now been released a luxurious triple gatefold 3lp set with 18 bonus tracks. Undoubtedly, a true monument of the most underrated Swedish death metal band from the early 90’s. To retain the classic, old school feel of the original 1992 release, this 3 LP box set is designed after the original album with attention to detail, even down to the typeface. Also included are lyrics, exclusive band photos and new 2010 liner notes from Max Thornell. Everything comes together beautifully in a 350 gram semi-gloss, deluxe 6-panel triple gatefold jacket. Although we are using the original classic album cover design and photo of Johan’s teeth on the marble background for the jacket front cover which we feel is appropriate, we felt that the poster artwork should be more striking, as the original cover layout is not entirely conducive to poster size. We were lucky enough to find an amazing artist Zbigniew Bielak (this was well before his Illustrations for Watain’s Lawless Darkness), who provided a new full color illustration for the poster as well as one of the jacket panels.