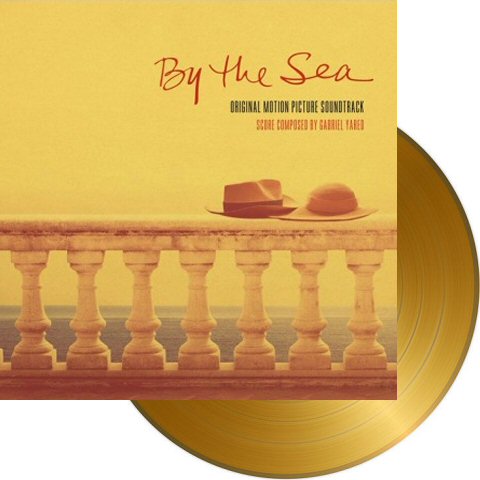 The official soundtrack album for Angelina Jolie’s drama By The Sea is composed by Academy Award winner Gabriel Yared (The English Patient, The Talented Mr. Ripley, Cold Mountain, 1408) who previously scored Jolie’s In the Land of Blood and Honey. Also included are the songs featured in the movie by artists including Serge Gainsbourg, Jacques Dutronc, Jane Birkin, Chantal Goya and more. By The Sea is written and directed by Jolie who also stars in the film alongside Brad Pitt, Mélanie Laurent, Melvil Poupaud, Niels Arestrup and Richard Bohringer. The movie follows an American writer and his wife who arrive in a tranquil and picturesque seaside resort in 1970s France with their marriage in apparent crisis.