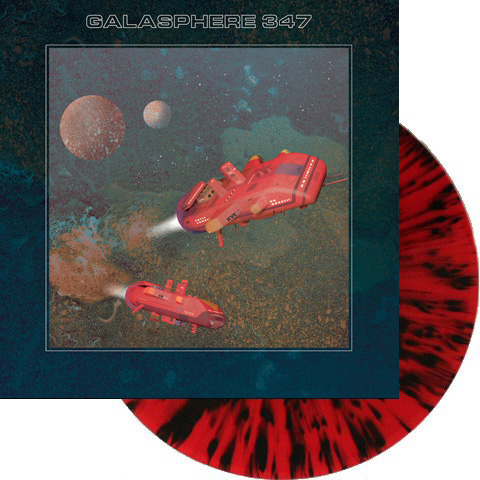 2018, Europe—four musicians come together to make an album of Anglo—Scandinavian symphonic rock. With pedigrees in bands such as White Willow, Henry Fool, Änglagård, The Tim Bowness band, Weserbandland and Necromonkey, Galasphere 347 bring epic widescreen scale to their music. Mattias’s powerful and dynamic drumming intertwines with Jacob’s liquid bass and grinding guitars to provide the bedrock for Ketil’s mellifluous flute and Stephen’s lush analogue keyboards and passionate vocals. The band’s influences are as varied as their geographical locations suggest, from the technical spectacle of progressive rock to the distorted insistence of Krautrock, via the intimacy of the singer-songwriter’s oeuvre. Sensitively mixed by Jacob at Dude Ranch Studios, Sandoya, Norway and mastered by Andy Jackson, best known for his work with Pink Floyd, Galasphere 347’s eponymous debut revels in lyrical passion and performance. Lyrically, the album is a loose concept about a night out in a city, the anticipation and disappointments, the pleasures and the pain, the love and the loss. The band bring to play their large collection of vintage and mysterious instruments, Mellotrons and Moogs, Oberheims and Korgs, Stratocasters and Les Pauls vie with Stylophones, Glockenspeils and Gizmotrons to create a distinctive sonic landscape punctuated with wild guitars, flute and Moog and fuzzed organ solos. Galasphere 347’s self titled debut album is like a progressive rock cruise in outer space—with Stephen James Bennett at the helm. An amalgamation of the four band members collective musical past stewed together in an intergalactic recording studio, the album features three songs, clocking in at forty minutes. Just about enough time to reach Jupiter at the speed of light.