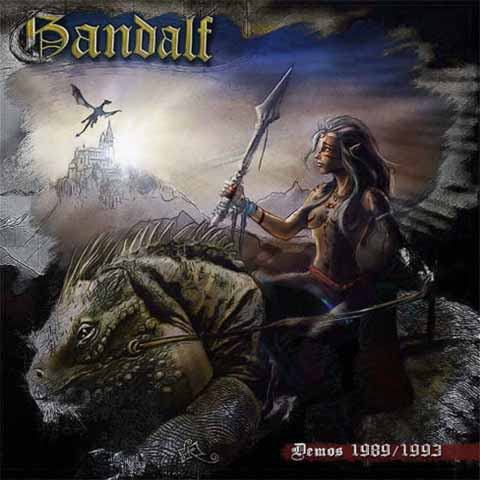 Gandalf was a rather unknown act from Pamplona in Spain that recorded two demos, Espejimos in 1989 and El Mago Gris in 1993. The band was formed in 1985 and featured members from Mephis and Mergus. This Spanish cd release features these two demos as well 5 previously unreleased bonus tracks. Gandalf is one of those band that deserved more than they got. This is some great heavy metal with lots of speed. So fans of fast heavy metal that dont mind if the singer sings in Spanish should check this out.