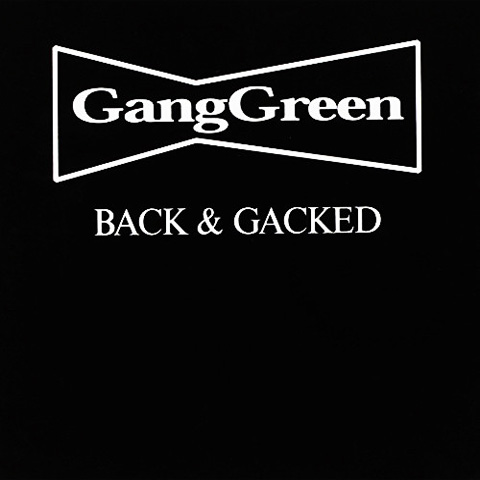 Back And Gacked is a stopgap EP released before the band’s 1997 album Another Case In Brewtality. With its cover artwork and title mimicking the classic Ac/dc disc Back In Black, Gang Green completed their roaring late-90s return to the hardcore punk scene with this EP. Joining band founder Chris Doherty (vocals and guitars) are musicians Walter Gustafson (various instruments), David Minehan, Michael Earls (guitar), and Matt Sandonato on bass. Musically, the band sticks to their furiously paced guitar and drum attack while the lyrics cover familiar territory without being completely dedicated to drinking Budweiser. Highlights include the feverish Livin In Oblivion and You Tucked It To Me, but each track on this 1998 release shares a speedy consistency, making Back And Gacked a surprisingly solid offering. More than a little older, but fundamentally (and musically) unchanged, Gang Green demonstrates on this disc that even after almost 20 years of bashing out hyper hardcore in the bars of Boston, they still have a few rounds left.

Track list:
1. Livin In Oblivion
2. Timer To Pay
3. You Tucked It To Me
4. Here To Stay
5. Accidental Overdose
6. Deflect And Swerve