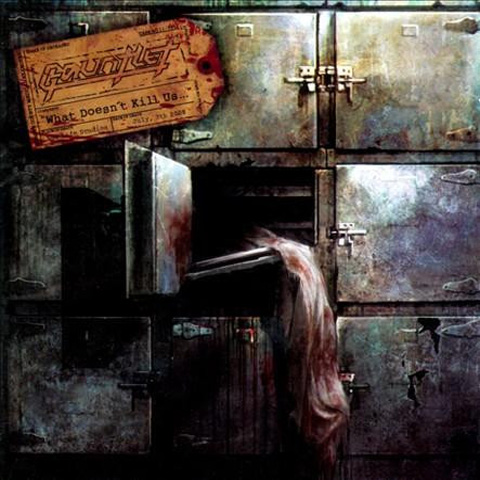 Gauntlet –What Doesnt Kill Us cd

Gauntlet was a Spanish heavy metal act that was formed in Madrid in 1998 and managed 3 full length albums and a eps before they split up in 2014. Their second album, What Doesnt Kill Us, was released in 2009 and on this album the band offers heavy metal that borders on thrash metal. Here we have old school bay area influences from later Metallica and Megadeth to more progressive and modern acts such as Nevermore and Lamb Of God some tracks even have the heaviness of Alice In Chains. Overall a very pleasant surperise from Spain. This sounds exactly like something that could have come out of the Usa in the mid to late 90s and Miguel Rocha’s voice suites the music well. The band went on and released one more album that had a more aggressive approached. In my opinion the band took it a bit too far. The two first albums are highly recommended