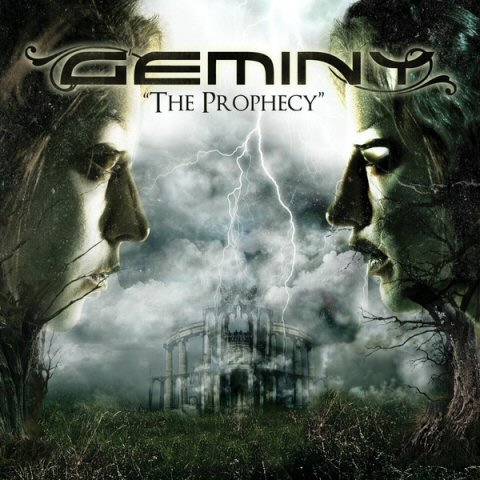 Forming in 2006, and after two well-received demos, Italy’s Geminy launches their debut disc, The Prophecy upon the world. When it comes to heavy metal, for some, Italy is synonymous with melodic power metal, usually epic and bombastic. You get some of that with Geminy but its also features a thread of progressive metal. The Prophecy is intended to be a concept album based in a fantasy world, nothing new to power metal and the progressive side are definitely something shown in theh four-part title track and Evil Eye. Combine this worthy element with the strength of Geminy’s basic power metal and its a strong presentation. Now add some solid melodic arrangements, blistering guitar work, Francesco Filippone’s clear and enthusiastic vocals, and some very well-placed piano, and Geminy bumps up their game another notch. While some might dismiss The Prophecy as typical Euro power metal, and therefore passé, they would be missing out on some good sounds and some rising talent.