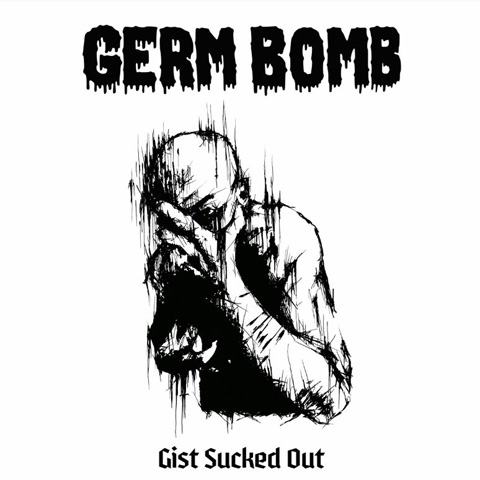 Gist Sucked Out is the fourth studio album from the crossover/punk/thrash metal band from Gothenburg, Sweden and right off the bat, the album presents itself fairly well, as the opening track Rasera sets up the tone of the album with ease, with soft Swedish being uttered against a harsh industrial atmosphere. The angst and repulsion written in the lyrics clashes with droning yells and a certain reverb on the instsruments that makes for an apocalyptic setting. It’s obvious that Germ Bomb has deviated from the traditional thrash/crossover style to a more proto-metal like act with doom and psychedelic influences, as well as the slightest hint of punk.