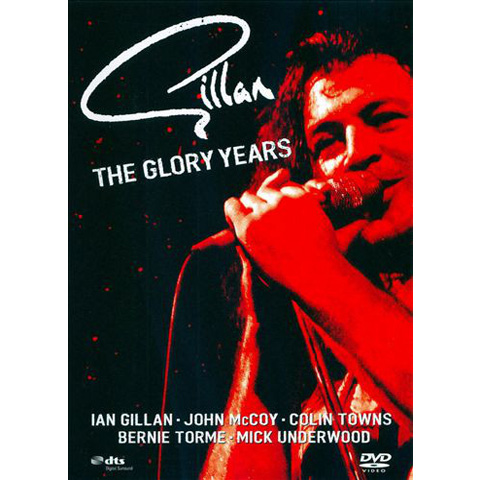 Amongst many of the Deep Purple fans who follow the bands post-purple projects, the Bernie Torme line-up of Gillan is regarded as high up there as the Dio era of Rainbow. So The Glory Years dvd with the line-up of Colin Towns, Bernie Torme, John McCoy and Mick Underwood should get Gillan fans excited. Compared to the dissapointing Live In Edinburgh 1980 dvd this one really delivers. This is an 8-track concert recording at Oxford Polytechnic on the 18th of February 1981 and features Mutually Assured Destruction, No Easy Way (all of it), On The Rocks, and the superb Mr. Universe. All professionally filmed with an excellent video and sound. There are also 6 bonus videos from European TV (German and BBC) including two fan favorites: Sleeping On The Job and the always fun No Laughing In Heaven. And another Mutually Assured Destruction, this one from Top of the Pops. And a funny fact is, although it says Live On The BBC, No Laughing In Heaven is definitely lip-synching. Torme’ had left the band and they obviously had to play the show before they could find a replacement so at least McCoy strapped on a double neck 6-string guitar/bass. And to try and at least make the fake look good he plays the bass during the verses and the guitar during the chorus and tries to fake Torme’s solo best he can. But in a lip-synching sucks protest, the instrument clearly isnt plugged in and it does sound suspiciously like the mix from the 45 single and you can clearly hear both bass and guitar. However this small gripe in no way lessens the enjoyment of watching them perform a song you already have heard hundreds of times. Too bad though that both versions of Mutually Assured Destruction are the single version, neither one is the live extended version featured on the album Double Trouble, which is one of Torme’s better solos. At least the concert version on this dvd from Oxford gives him an extra 20-30 seconds to jam at the end. So to cut it short. If youre a Gillan or Deep Purple fan then this is an absolutely essential must have release.