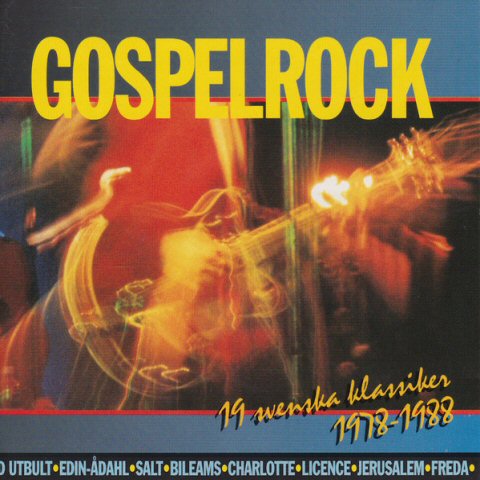 A rare 1993 compilation album featuring 19-tracks from the golden age of religious rock and metal music. The young Christian musicians started to write their own material in the mid 70s and within a short time these bands got a loyal following, an underground cult phenomenon if you like. They wrote their own material, toured and recorded albums. The two biggest acts of this moment was Jerusalem and Levicitus, the two heaviest bands, both of them gaining huge interest even outside of Sweden. If you were young at the time and remember this era then its a cool trip down the memory lane. If youre to young to remembers any of this then its a great album to start discovering what Sweden had to offer when it comes to religious rock music from the golden age. 16 of the tracks are lifted from full lengths album while Bileams are taken from a rare vinyl single, Ellen B from a live album compilation and the Ingemar Olsson tracks is lifted from a 1988 compilation that only was released on cassette.