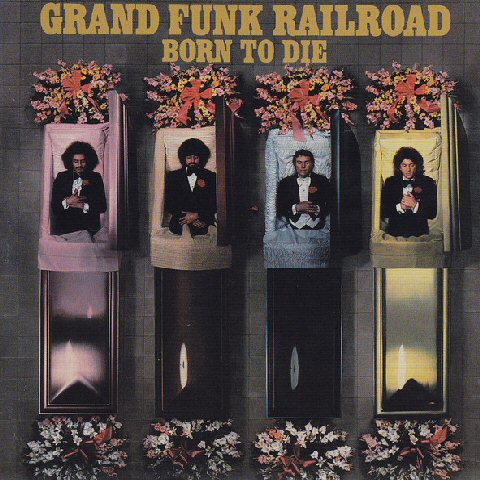 The title says it all: Although not steeped in heavy metal riffs or gothic sound effects, this 1976 effort from Grand Funk Railroad creates a mood gloomy enough to rival the darkest moments of Black Sabbath. By this point in their career, the band was feeling run into the ground and this is reflected in the mood of the lyrics: the title track is mournful rumination on the inevitability of death and “I Feel for Your Love” explores the depression created by the end of a relationship. The result is an album that feels like an anomaly in the Grand Funk Railroad catalog: the album’s dark mood sits at odds with the group’s normally energetic style and, thus, robs it of a lot of its punch. Even though the production is solid and the group’s instrumental performance is tight, neither of these elements make it easy to listen to an album of oppressively dreary songs. However, a few bright spots shine through: “Sally” is a country-tinged mid-tempo rocker that highlights Mark Farner’s harmonica playing and “Take Me” is a driving, lusty rocker that briefly adds a shot of much-needed energy to the proceedings. Of the gloomier tracks, “Love Is Dyin'” stands out because it applies a strong, guitar-heavy rock melody to its sad sentiments to create a song that is both driving and emotionally affecting. Ultimately, Born To Die is such a grim affair that it may turn off some of the group’s fans but it remains an interesting curio for the Grand Funk Railroad completist.