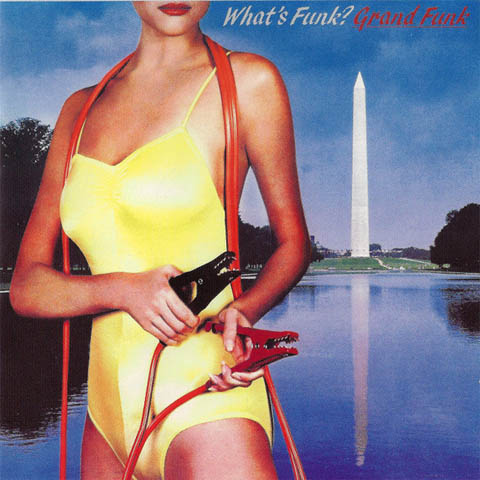 After making a comeback in 1981, the revamped 1980s version of Grand Funk Railroad took one last stab at the ’80s rock market with What’s Funk? This time, the band enlisted Gary Lyons (producer for Foreigner and the Outlaws) to create an updated version of the kind of slickly produced album that made the group into a pop hitmaker during the mid-’70s. The end result is an improvement over 1981’s underproduced Grand Funk Lives, but it still suffers from some uneven moments. Lyons adds plenty of early-’80s frills to the group sound, the most notable examples being the synthesizers and drum machines that dress up tunes like “Innocent” and “I’m So True.” This approach doesn’t always work (the Gary Numan-like programmed synthesizers that underpin “Borderline” clutter up what could have been an effective slice of guitar-driven hard rock), but the group turns in the kind of songs and energetic performances that help make What’s Funk? an engaging album. Good examples include “Still Waitin’,” a straight-ahead rocker that seamlessly blends heavy guitar riffs with a catchy chorus, and “Borderline,” a soulful power ballad that balances the group’s instrumental power with plenty of smooth harmonies. Another highlight is the group’s cover of the James Brown classic “It’s a Man’s World,” which cleverly rearranges the tune to fit the band’s power trio format. In the end, What’s Funk? lacks the kind of exceptional songs and breakout hits that would have made the album cross over to the mainstream, but it remains a solid batch of tunes that will please the group’s fans.