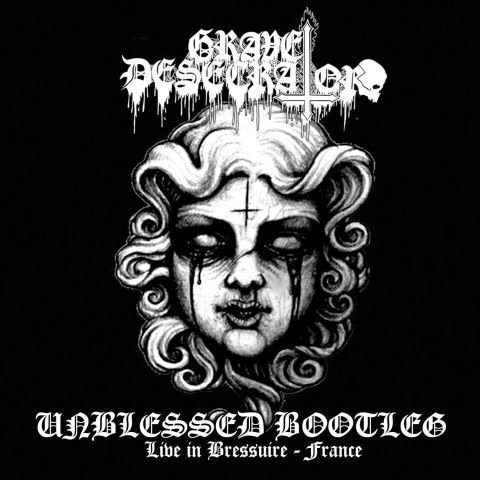 This official live album showcases the bands raw talents in a live setting. Unblessed Bootleg was recorded live in France on 12th of March (during their Desecrating Europe Tour 2012). The album features 11 tracks of brutal old-school Black/Death Metal, this live album delivers an aural assault for any fan of the band that is dying to hear how they sound live. Leading this release with the combo of Hellhound Breed / Sign of Doom / Revelations (Of the Beast) / Stared to Hell, the band blows away the crowd with crystal-clear renditions of these crushing songs. Butcherazors vocals are as brutal as anybody could expect and the powerful riffing is excellently captured in this live recording. As the show moves forward, Insult, Stained by Blood and Dangerous Cult deliver waves of aural abuse with incisive riffs, blasting drums and epic guitar solos. The bands old-school sound makes this release very enjoyable and devastating at the same time. Our favourite Carnal Obsession is delivered with precisely and in a very brutal manner that had us headbanging for the whole duration of this epic song. From beginning to end, Unblessed Bootleg is a crushing live album that really shows the bands brutality in a very convincing way. If you are a fan of old-school Black/Death Metal, this is one live album you dont want to miss.