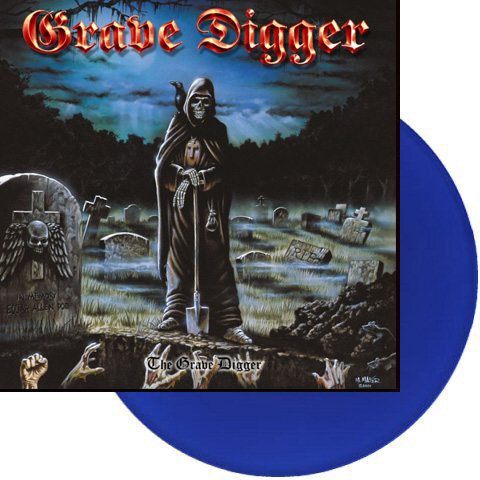 One of the first Noise Records signings in the early eighties, Grave Digger released three raw power metal albums before changing their name to Digger and disbanded soon after. Several years later, vocalist Chris Boltendahl resurrected the band by recommendation of guitarist Uwe Lulis, and the reformed Grave Digger has been rocking ever since. Grave Diggers ninth album The Gravedigger is the darkest album Grave Digger has done (along with 1995’s Heart of Darkness). The lyrics are about dark concepts, some are inspired by the works of Edgar Allan Poe.