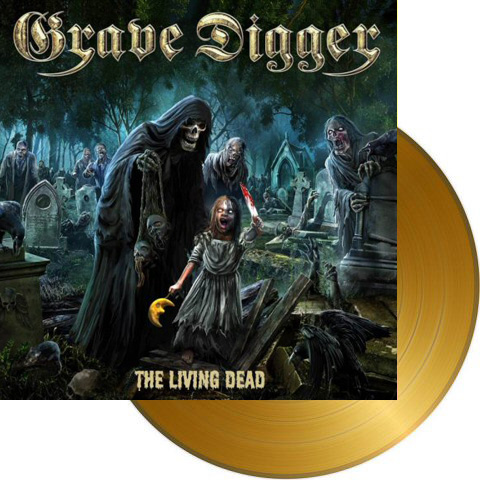 Grave Digger has been around for nearly forty years – yes you read that right – 40 years. Founded in 1980, the band has released nothing but solid, crushing heavy metal albums. One can’t deny however, the band has grown significantly darker in sound over the years, but strangely, they remain as one of the few classic heavy metal bands that can still write relevant and catchy metal tunes. Their 2018 release ‘The Living Dead’ is a great new addition to their extensive library of great metal albums. It doesn’t take a genius to see that this album has some dark themes, given the grim artwork (a tiny zombie girl wielding a bloody knife – I mean come on). So right off the bat, the album opens with the semi-title track “Fear Of The Living Dead” and the tone of the album is set. The song is a perfect way to open the record, with a great layered chorus, awesome sing-along hooks, and fantastic guitar riffs. “Blade Of The Immortal” is a killer track that begins with some of the best atmospheric guitar work on the record, and I absolutely love the chanting chorus. This one is working its way up my favorite Grave Digger tracks of all time’ list for sure (what, don’t you have one of those?). Overall The Living Dead is well worth album to check out