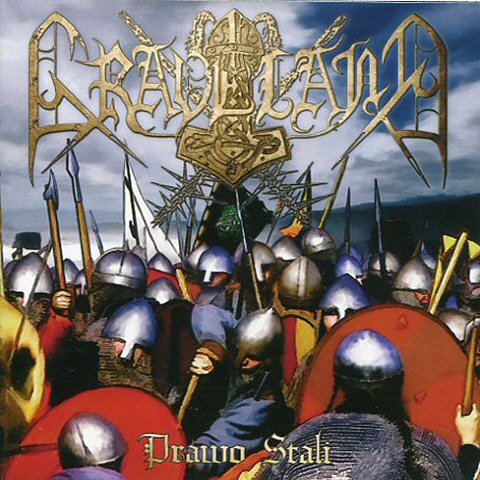 Extreme black metal from Wroclaw, Poland by Robert Rob Darken Fudali. Say what you will about Graveland, but Rob Darken certainly knows how to create atmosphere. Nowhere is this more obvious than on Gravelands 5th full length studio album Creed Of Iron this thing is a veritable wall of sound which conjures up psychological images of a proud army of heathen warriors marching into battle. With 5 songs totalling just under 45 minutes, Creed Of Iron is epic in both length, phrasing and atmosphere alike. The Creed Of Iron album witnessed two variants, an English language edition and a Polish vocal version, dubbed Prawo Stali. This might be a one man band but on this album it hell sounds like an army. This is the Polish version of the album and the 2013 version comes with two bonus tracks