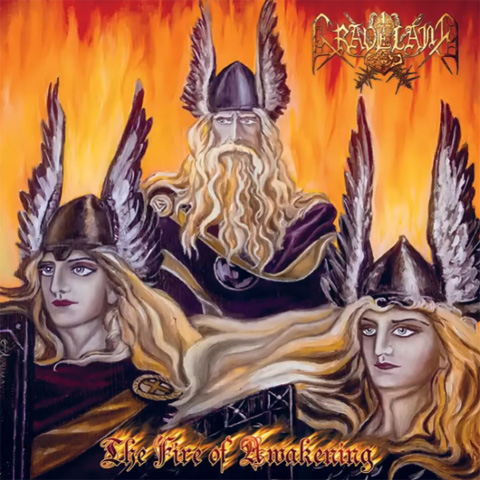 Graveland -The Fire Of Awakening lp

2017 press on black vinyl with poster

A return to form for Graveland? Yes, for those who thought the band would never rediscover the epic rage of ‘Thousand Swords’ or ‘Following the Voice of Blood’, this seventh studio album will be a pleasant surprise. This disc features the largest sound to date behind this solitary orchestra, these eight tracks reflect the desire to make Graveland a more easily digestible trademark. There is material here among the best ever composed by Darken, and somehow, those ideas feel abandoned. Still retaining his rare knack for a stirring folkish melody, Darken has given himself a timely reminder that Graveland is, first and foremost, a metal band. ‘The Fire of Awakening’ sits proudly near the top of an extensive and magnificent repertoire, and should be a sure thing for anyone who appreciates folk-influenced black metal.

Track list:
1. We Shall Prevail
2. Battle Of Wotan’s Wolves
3. In The Sea Of Blood
4. Die For Freedom
5. The Four Wings Of The Sun