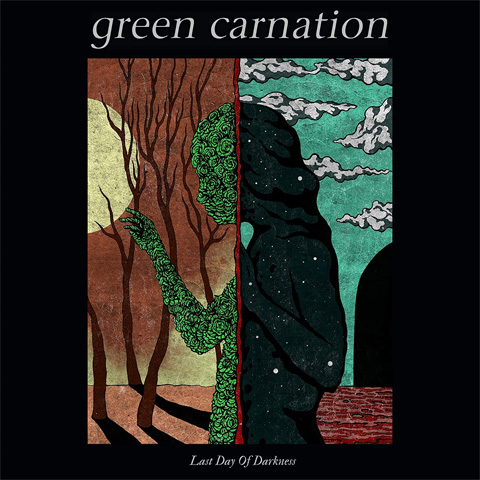 Features the concert audio as well as the story behind Light Of Day, Day Of Darkness narrated by Tchort as spoken-word bonus content. This is the ultimate acquisition for all fans of Green Carnation and those who want to celebrate an iconic release. Green Carnation are one of a kind in the world of progressive metal. Founded by ex-Emperor bassist Terje Vik Schei’s (aka Tchort) in 1990 and coming into bloom at the turn of the millennium, Green Carnation have since been associated with local peers In The Woods… with whom they also share members. In the eyes of many fans their crowning achievement was 2001’s Light Of Day, Day Of Darkness, a 60 minute long progressive metal masterpiece, putting the band, and the small Norwegian city of Kristiansand, on the map. Now, the band and production team are thrilled to present Last Day Of Darkness, a live concert based around their 2016 world tour celebrating the 15th anniversary of Light Of Day, Day Of Darkness and the grand finale in the band’s native Kristiansand.