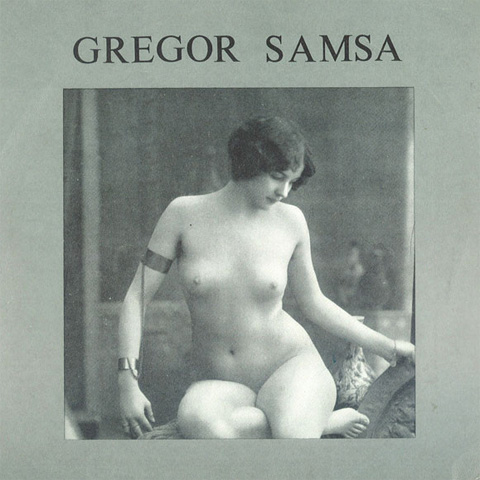 Gregor Samsa is a dark wave act that started in early 80s in Lindesberg and featured Anders Jakobsson on vocals, Mankan Qvist on guitar, Minton on bass and Pelle Pulka Erixon, who had just moved to Lindesberg from Motala. The recorded their debut demo, which was a 7-track cassette, in February of 1986 at Kvazi Studios. They then moved to Stockholm and recorded this single at Twilight Studio in September of 1986. A second single called Captain Mission would be released in 1987. Both singles were self-financed and have become hard to find in Sweden. The name comes from character in one of Frank Kafkas most famous works. The band performs some dark wave/post-punk goth. For their second single they moved into an even harder goth sound which was very popular in second half of the eighties. No drum machines here, but that certain cowboy-touch that bands like Sisters of Mercy used. An unreleased track called Pride And Guilt appeared on a compilation album called Nordic Sounds Volume 2 in 1989 but im not sure if the band were still around at the time. Anyway this first single is a great and tough goth single that you should put on your want list.