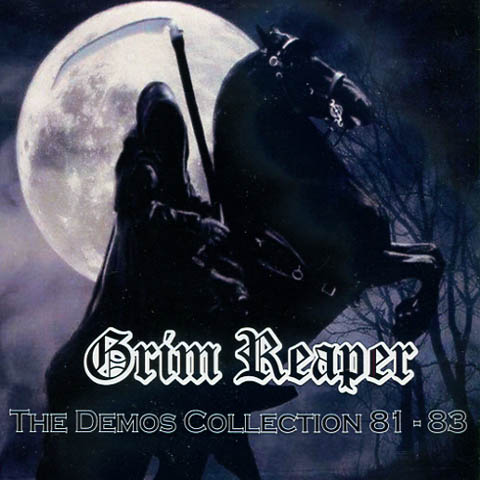 Uk based Grim Reaper started out in 1979 and were taking part in, but never really taking off with, the New Wave Of British Heavy Metal scene. So, when they were finally handed a record deal by tiny start-up Ebony Records, few could have predicted that bigger things lay just around the corner, least of all the band members themselves. But that’s exactly what happened, the album were picked up by RCA Records for worldwide distribution and the album’s fist-pumping title track and its accompanying video helped See You In Hell march up the charts to number 73 in the States and shift a quarter of a million units. The Demos Collection features tha material recorded up to the recording of the first album and is a must have for fans of NWOBHM and Steve Grimmett’s exaggerated falsetto moments. Not just because See You In Hell is a truly remarkable album for its time but also for the fact that this album features several songs that never made it onto any albums.