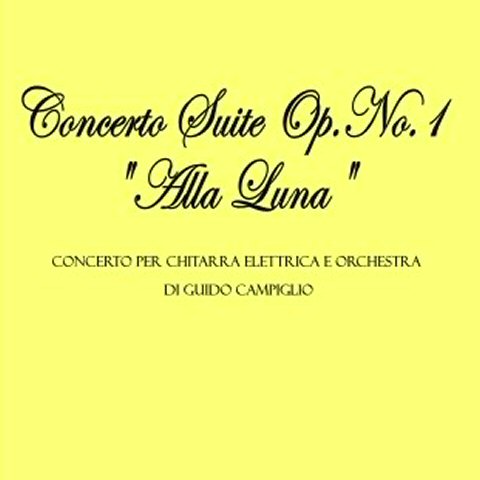 A rare private released album by Italian guitar virtuoso Guido Campiglio. Campiglio gets his own style from neoclassical , progressive and speed metal guitarists from the 80s decade but more he adds a particular, personal and unusual taste in able to remind you exotic, oriental and etno atmosphere. Guido is active both in artistic scene and in didactic one with clinics, workshops and guitar shows in Italy and other European countries and he also writes as columnist on a magazine called Red music. This disc shows that Campiglio is very talented and that it only would be a matter of time before a label would signed this artist. So in 2009 Guido signed with SG records and he released his first album Saturn in 2010, followed by Rumble In The Jungle in 2011. Campiglios always shows quite a few different styles throughout his albums but his fretwork always take centre stage, and rightfully so. Campiglio isnt one of these guitarists who just focuses on speed playing, or playing impossible chords, or just plays riffs without much else. He encompasses all these elements in his playing which results in an excellent overall package and his music becomes very fluent. For those people out there that like guitar albums, then this is a guitarist to check out even though its slightly eccentric due to the different styles present.