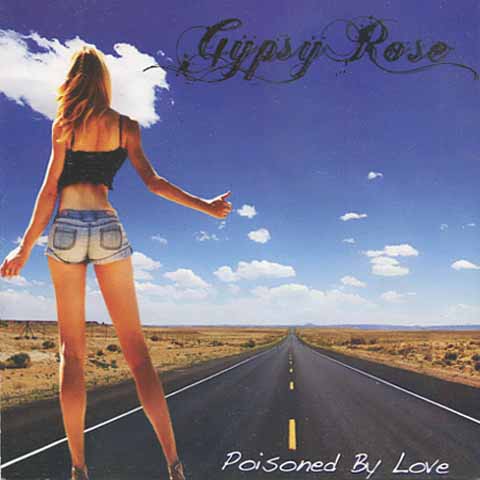 In 1988, Gene Simmons of Kiss approached Canadian Rockers by the name of Gypsy Rose and made them one of his early signings to his imprint label, Simmons Records/RCA (House Of Lords, Giuffria, Silent Rage). In 2012, FnA Records approached Michael Ross, lead singer of Gypsy Rose, and a deal was struck to pick up where RCA and Gene Simmons left off. Twenty years later and long overdue – its now time for the sophomore release from Gypsy Rose. The plain fact of the matter is that all the work under the moniker of Gypsy Rose has not been finished; not even close – there is still plenty of work to be done before the band can put this baby to rest. Michael has had a lot of demons to face in the past, but he has steadily been working his way back to a triumphant return showcasing a voice that stands just as tall and voluminous as any of his rock n roll counterparts. His first step back into the foray of professional music would be via the release of a hauntingly beautiful solo album entitled, Do I Ever Cross Your Mind. Michael wanted to show those who have stuck by his side for forever and a day that he still had the goods to deliver, and that is exactly what Do I Ever Cross Your Mind does. Coming off the heels of the Michael’s solo album, he was finally ready to confront the hard rock side of things and return to the Gypsy Rose forefront. After lots of searching and discussing and running ideas back and forth, Michael decided to head back into the studio and record 4 versions of fan favorite tracks Don’t Turn Your Back On Me Now and Poisoned By Love. Two versions were recorded in Florida and are flat out acoustic versions, while 2 other versions were recorded back in the homeland and have been given that magic touch. Adding to those songs are a good amount of recordings that Michael had forgotten about over the years. The songs Hells Kitchen and Free Me From Me were recorded in 1992 at the studio of Michael Mateich of Steelheart. Too Many Pieces is the only other song from 1992. The rest of the tracks are true demos and sometimes show the rawness even though they have been heavily cleaned up. The 1989 tracks (Bang Bang Boys, Love On Two Legs, Give It To Me All Night Long, Ride That Train) would have been strong contenders and possibly hit songs for a sophomore effort if it weren’t for, well you know. You can also tell by the song titles alone where the band was in frame of mind – right there in the midst of a hard rock sexual innuendo creating the best in melodic rock. Unfortunately, the roughest sounding tracks (I Surrender, and Falling Out) show some of the greatest depth and diversity of this band. The album is rounded out with two bonus tracks from Michaels solo album.