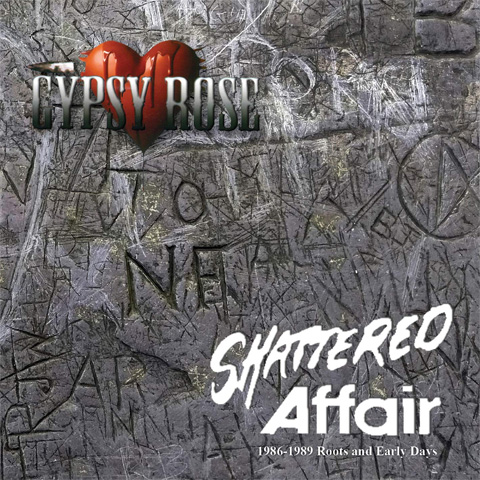 In 1988, Gene Simmons of Kiss approached Canadian Rockers by the name of Gypsy Rose and made them one of his early signings to his imprint label, Simmons Records/RCA (House Of Lords, Giuffria, Silent Rage). In 2012, Michael Ross, lead singer of Gypsy Rose, signed a new deal to pick up where RCA and Gene Simmons left off. Twenty years later and long overdue – the band released their sophomore release, Poisoned By Love. Michael has had a lot of demons to face in the past, but he has steadily been working his way back to a triumphant return showcasing a voice that stands just as tall and voluminous as any of his rock n roll counterparts. His first step back into the foray of professional music would be via the release of a hauntingly beautiful solo album entitled, Do I Ever Cross Your Mind. Michael wanted to show those who have stuck by his side for forever and a day that he still had the goods to deliver, and that is exactly what Do I Ever Cross Your Mind does. Coming off the heels of the Michael’s solo album, he was finally ready to confront the hard rock side of things and return to the Gypsy Rose forefront. As part of working with new material he also dwelled into the archives to see what he and the band had been working on in the past. Many of those old outtakes and unreleased recordings felt to good to not be released so the idea to release them was born. He released Rosary Of Tears that featured rare archive material recorded between 1988 and 1991 and this album that featured early Gypsy Rose demos plus the previous Michael Ross AOR projects Shattered Heart and Secret Affair. So any fan of Gypsy Rose or those who adore Michael Ross voice should not miss this out.