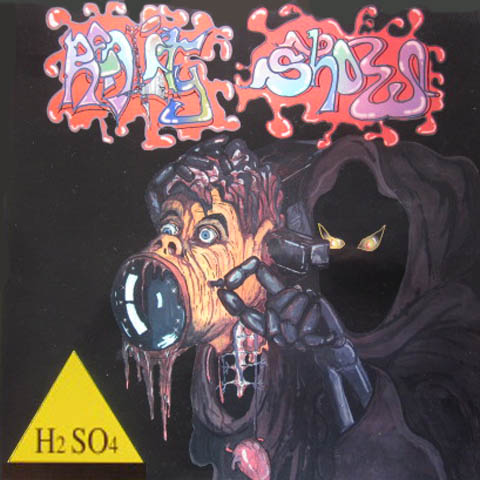 H2SO4 (in other words: Sulphuric Acid) started out in Gasteiz in Spain as a heavy metal band under the name of Heiser but when they found their new singer Ivan the music moved into the thrash metal territory and they decided to change name. They debuted with the 4-track demo Demente De La Sociedad in 1993 and a year later they cut their own and only album Reality Show. The album, which was mixed and recorded in just four days at the Norte Estudios in Bilbao, features classic thrash metal of its time with lyrics performed in Spanish