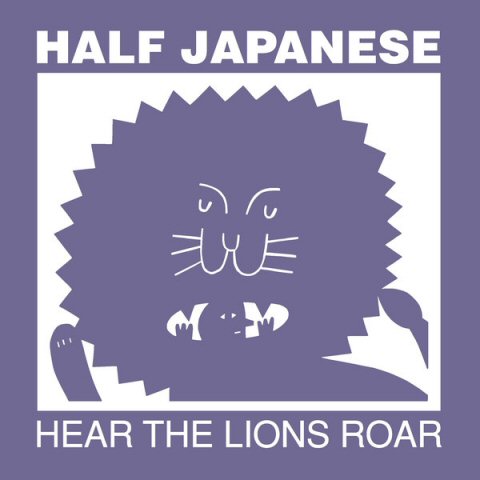 Once upon a time, Jad Fair was obsessed with women and horror movies. However, that’s all changed in the 21st century — these days, Fair is obsessed with positive thinking and horror movies, while he’s also reasonably interested in women. Fair has been on an unexpected hot streak in the 2010s, delivering a handful of unusually strong albums as a solo act, in collaboration with others (including Norman Blake of Teenage Fanclub and his brother David Fair), and with his long-running band Half Japanese. Released in 2017, Hear the Lions Roar reveals that he and his latest edition of Half Japanese are still a weird but glorious force to be reckoned with. Where they were once proudly inept, Half Japanese now sound elemental but emphatic, a scrappy rock & roll band that can get an audience up on their feet, even if this group is still not interested in flashy solos or the conventions of commercial pop music. And while many of these tracks feel homemade, Fair and his bandmates obviously rehearsed this music before hitting the studio, and the songs are tuneful rather than just serving as a framework for Jad’s various lyrical rants. As for Jad, after losing interest in horror movies for a few years, his preoccupation has returned on Hear the Lions Roar, and his tale of “zombie hippies” in “The Preventers” sounds like a flick worth seeing on a Saturday night, while “Attack of the Giant Leeches” and the werewolf tale “It Never Stops” further suggest Fair ought to consider pitching his ideas to some low-budget producer with a vision. (Hey, if Sharknado can get financed, why not this stuff?) But it’s the tunes in which Fair and company celebrate the joys of living and the powers of belief (such as “Wherever We Are Led” and “On the Right Track”), and even the possibilities of love (“It’s Our Time”), that really bring Hear the Lions Roar to life. And why not? On Hear the Lions Roar, Half Japanese demonstrate that after nearly 40 years of music-making, they’re still creating some of the most engaging recordings of their lives, and that’s truly something to believe in.