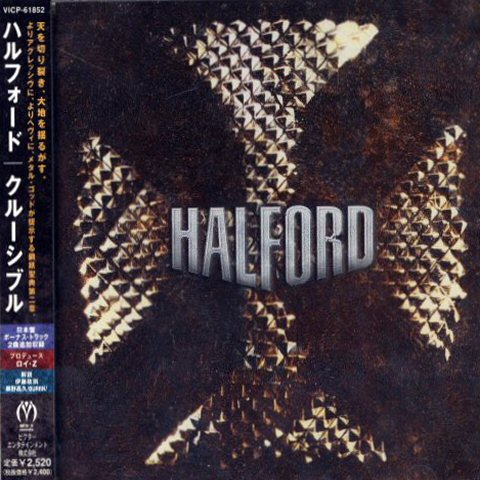 Reduced price due to cd being vg-

This is the long-awaited follow-up to Rob Halford’s highly acclaimed (and deservingly so) return to his classic metal roots, Resurrection, after a brief detour with his industrial/goth rock project, called Two, which was not only disastorious, but badly timed, as it came out just months after Rob came out of the closet. Crucible, unlike Resurrections raw, balls-out traditional metal sound, has a muddier, sludgier, thrashier, more Pantera-esque sound. This can be both a good thing and a bad thing. This means that it’s less catchy and memorable, not as much life or character in the riffage department, and not as much variety, too many chugga-chugga riffs. This album could’ve been much better, but Rob’s attempt to modernize hurt the potential in the long run. Don’t get me wrong this album isnt bad it has its share of great songs. When it’s good, it’s great but it cant live up to the fantastic Resurrection, an album that was one of the hightlights of that year. Halfords singing is still top-notch and if you happen to be a fan of Halford then this album cant be much of a disappointment to you and who knows you probably end up loving it.