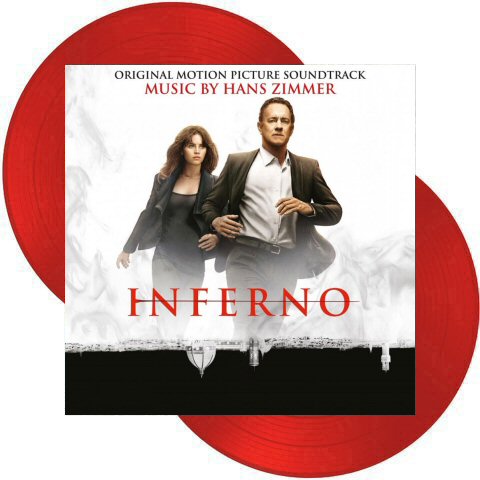 After waking up in a hospital room in Florence, Italy, with no memory of what has occurred for the last few days, Robert Langdon suddenly finds himself the target of a manhunt. With the help of Dr. Sienna Brooks and his knowledge of symbology, Langdon will try to escape whilst solving the most intricate riddle he’s ever faced. Inferno is based on the 2013 novel of the same name by Dan Brown. The film is the sequel to The Da Vinci Code and Angels And Demons, and stars Tom Hanks, reprising his role as Robert Langdon, alongside Felicity Jones, Omar Sy, Sidse Babett Knudsen, Ben Foster and Irrfan Khan. The score is composed by Grammy, Golden Globe, BAFTA, Academy Award Winner Hans Zimmer (Interstellar, Inception, Pirates Of The Caribbean, Lion King).