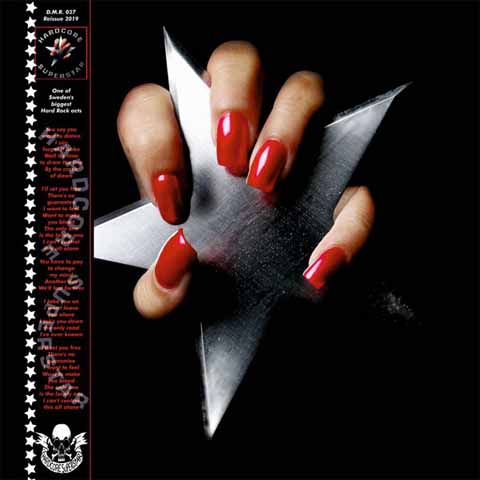 Hardcore Superstars self-titled album was the first of Hardcore Superstar’s career to have any major impact in their homeland, where it reached #12 in the Swedish album charts. The album spawned the single We Don’t Celebrate Sundays, which was released in 2006 and received airplay on British music channels Kerrang and Scuzz. Hardcore Superstar are probably the most naturally gifted of the major new sleaze bands, starting out as a raw, under-produced garage rock/glam-punk outfit, but evolved to take in more metallic structures and sweet pop melodies without losing that aura of debauchery they captured so well early on. Epitomizing in many ways the excesses and decadence of the late 80s Sunset Strip scene, they also benefit by operating outside of it, cherry-picking the best influences- Mötley Crüe, Hanoi Rocks and Faster Pussycat chief among them- and skipping out on the commercial business which destroyed so many bands of the era