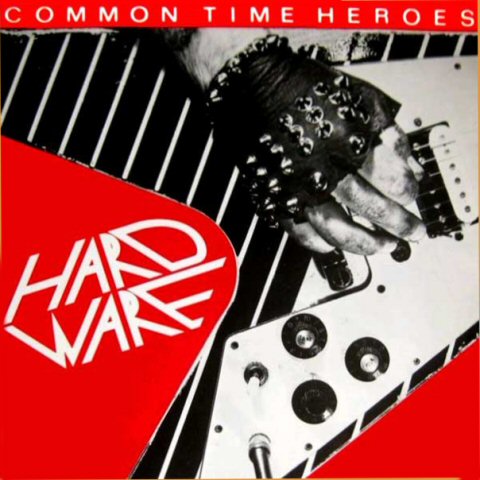 Hardware from Hannover in Germany started in the early 80s when they made two demos before getting a record deal with the newly founded Steamhammer where they happened to be Steamhammers first release. They released their debut album Common Time Heroes in 1984, this was an album written by guitarist Jörg Franz and vocalist Sven Freytag. This is very simple but honest hardrock recorded on a 4-track Teac recording machine during January of 1984. Sven doesnt sound that old which makes me wonder if he was with them from the start or if they had a different singer on the early demos. In either way Sven was sacked before the recording of their next album, In Cold Blood, recorded in January of 1985. In Cold Blood is a speed metal opus that need to be checked out while Common Time Heroes isnt that special in anyway. Its a bit charming but thats pretty much it