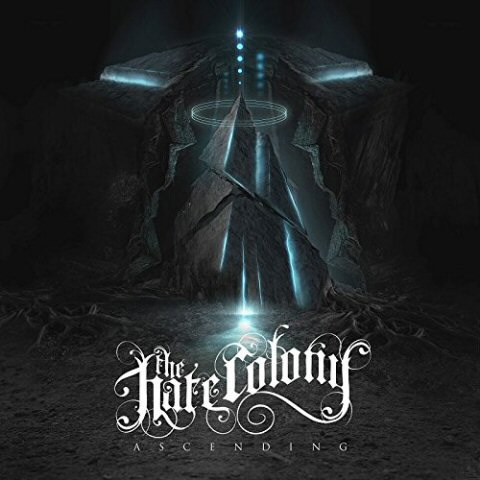 This melodic metalcore quintet is bringing a brutal new album heading your way, by the name Ascending. As a result of being influenced by bands like Pantera, Lamb of God, White chapel, Fleshgod Apocalypse, Gojira, The Black Dahlia Murder, Meshuggah and In Flames. Our third full length album, a record made solely on what the members thinks sound awesome and not confined within any genre limitations. The album Ascending was made purely out of joy and to finally find the musicians within ourselves. Meaning that we made parts that we thought sounded hard, epic or interesting without trying to copy other acts or let other bands be the law of what we could do or could not do. This album is a transparent wall to see right in to our true animal of music and the lyrics are a full disclosure of simple things in life and also deep concerns within. There is nothing here that is not true and the content of this record is truly genuine. The beginning: There were two rock hard METAL bands disturbing the peace and quiet in the city of Trondheim. In the south corner of the city, dressed in black and white, Malice were playing their pitch black drop A-tuned riffs with deep devotion. On the other side of the city, black and black-dressed dark ass-kickin’ black metal psychos were digging up the secret of getting the crowd to dance to their beat. They were Vantro. As time went by and music were made and played, these warrior kids needed to borrow blood from Malice. Malice responded to this request by sending a warrior of their Colony. They sent T-Bag Joe on a mission to help Vantro in the battle to reach the heart of the industry. A year went by and the fight kept escalating and more people came to support, but with no results in sight, they needed a revolution. The warrior from Malice and the allied Vantro-warrior El Nigardo teamed up with the intension of forming a colony with the most vicious and hate filled warriors the city had to offer. The search: First we needed a thug who could master the technique of fry vocal, we sent for Lord Mordor a respected member of the Malice Colony, He accepted his fate and stepped up to his pedestal. Next we needed a master of low frequency sound waves, Sars The Virus. Sars were an old friend of the Malice Colony and had fought with them before. This was a sure thing, he was in. Another gunman was needed, but after searching Trondheim vigilantly, none was found. As fate would have it, we stumbled upon a formidable force. A black, mirthless warrior. Big Truck from the Celebratum colony. The Celebratum colony where highly respected black warriors from the city core, and we needed Big Truck’s unmatchable skill. Big Truck solemnly accepted our offer. The time was right. We had the crew. The will. And we had the plans to build our own recording fortress. In seven days the fortress was raised and THE HATE COLONY was formed.